How to check character count in google docs?

We live in a time when text editors are indispensable. Google Document is one of them. Many people work online, or even if they don't work, that sometimes they need to write something. Probably many of you have wondered at some point how to look up the number of characters in a google document. We have found a way out for you and suggest you continue reading the article to find out how to see the number of characters in google docs after all.

Of course, in order to find out how many words or characters you have written, you do not need to count them yourself, because we live in the world of modern technology. In order to find out the number of characters in a particular text editor, you just need to press a few buttons and you're done. Now we will tell you the fastest ways how to do it.

Google Docs is a popular text editor in which you can both write texts and edit them accordingly. View the number of characters in this editor is not difficult at all, almost the same as in Word. And so, let's start with the first method.

First, you need to open the text editor google with your documents, in which you want to know the number of characters. Find a tab on the top line called "tools", left-click on it. A dialog box will appear with various items, but you want the "statistics" item. You can look at the picture. Click on it and you should have a dialog box that says the number of words, characters, paragraphs, lines, and so on.

You can look at the picture. Hold down these three keys simultaneously and done. Just a second and you've already got a dialog box that shows you what you're looking for - the number of characters. 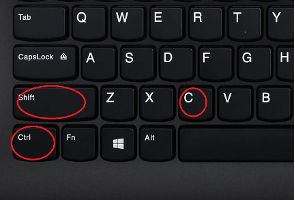 And then you can act according to the methods presented above. That is, either in the tab "tools" find the item "statistics", or with a combination of keys on your keyboard: Ctrl, Shift and the letter C, which should simply be pressed simultaneously.